Where does Functionland Fit within the Open Metaverse OS?

Originally published at: Where does Functionland Fit within the Open Metaverse OS? - FXland WWW

Kate here from Functionland, I am in the biz dev and partnerships side of things, slowly and steadily.. who are we kidding, hurtling at lightning speed into the Open Metaverse, and trying to become more deeply immersed in the tech side of things. Join me as I take a stab at learning more about Web3 from a technical standpoint. I think the learnings I uncover and hopefully, successfully translate to you, will also help investors, and future web3 participants start to identify opportunities and potential investments in their own ecosystems.The investors at Outlier Ventures write extensively on the Open Metaverse Framework and I highly encourage people to check out their content. Here I will attempt to distill some of their teachings, and explain where Functionland’s projects fit within the framework, and what our open source technologies potentially enable. It is important to recognize that they position Web3 as toolbox for building the Open Metaverse.Jamie Burke and colleague’s at Outlier Ventures refer to a figure that they describe as “ the anatomy of any given instance of the metaverse as a platform’. It sounds complicated but its actually a very enlightening graphic representation of what might constitute the Metaverse as it evolves.First and foremost the Metaverse requires end-user software and end-user hardware. End-users are used to fairly decent user experiences when it comes to streaming media, or purchasing and using apps. It’s evident that Web3 would require an acceptable, if not superior user experience to what they currently use on a daily basis with current computing infrastructure. When it comes to end-user hardware, there is the potential for gaming consoles and VR devices to ‘converge with Web3’ fairly readily, and enable streaming, or projecting of assets, media and so forth to consumers. But what about a dedicated piece of consumer hardware, i.e. ‘Hardware Infrastructure’ that enables both computing (e.g. See Dfinity) and decentralized storage (e.g. see Dfinity and Filecoin).

Hardware of course needs a software backend to speak to, there needs to be software that facilitates computing, and the storage of data, files and assets in decentralized storage databases. Functionland essentially has one foot in the, ‘affordable, user-owned hardware’ puzzle (see our project ‘box’) and one foot in the software backend side of things where we aim to: make systems that relate to infrastructure and ledger developments easier to use by improving the developer experience (Fig. 1). We have built an open source App called ‘photos’, that we think exemplifies the ease of developing and deploying DApps with methods already familiar to Dev’s. 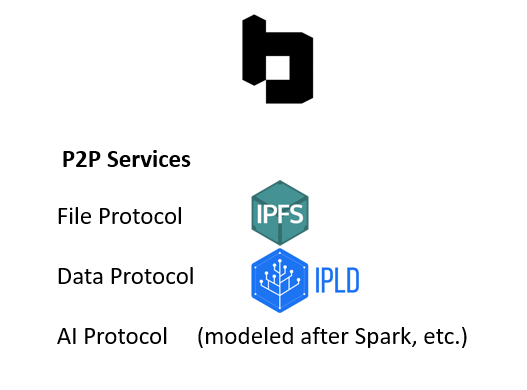 Fig 1. A snapshot of the P2P services and Protocols that Functionland is linking with Apps by replacing http with libp2p

We are also tackling aspects of the Open Metaverse that looks at decentralized queries, and API’s (The Graph). Most exciting perhaps, is that we (as in the larger collective, and open source contributors) are making a big dent in the questions pertaining to data. The authors of the framework have posed questions such as, “ Where and how will the data be stored, physically and on chain?”, “can data be imported, or accessed externally”, “which standards should be supported?”

As developers and average consumers look toward web3 they will be seeking a ‘bridge’ between web2.0 and web 3.0 (fig 1. is an example). Can a javascript developer jump into a project headfirst and come out winning? Will Open source developers be properly compensated for their contributions to solving networking challenges, client software distribution problems or developing incredible DApps? Can regular people transfer, store and view their own photos and documents in a secure, private way in their own homes, that is amenable to future computing paradigms (Forever photos anyone)? Can the average person become involved in crypto mining? Time will tell, but if we keep hitting our milestones, attract the best open source talent, and continue to be supported by the incredible people and developers behind Dfinity, Protocol Labs, Crust.io and InterPlanetary File System (IPFS) we will surely see significant progress. 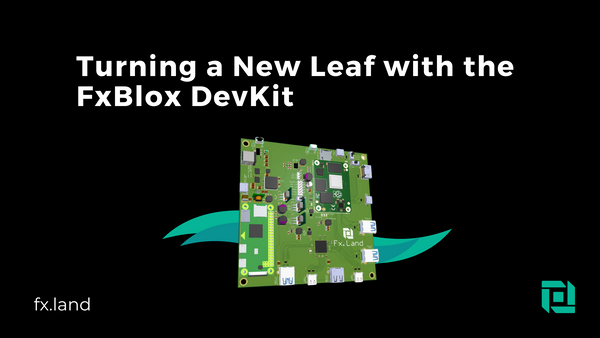 Turning a New Leaf with the FxBlox DevKit

The DevKit is our hardware prototype, an 8-layer printed circuit board (PCB). The PCB is a scaled down FxBlox with the full functionality of an actual FxBlox (due to ship later this year).