Turning a New Leaf with the FxBlox DevKit

Originally published at: Turning a New Leaf with the FxBlox DevKit - FXland WWW

The leaves are starting to turn, breezes are getting cooler… Fall has hit the northern hemisphere! For many that means getting kids back to school, shifting into high gear at work after a refreshing summer vacation and looking forward to Oktoberfest, Halloween and Diwali.At Functionland, we’re in the homestretch. We’ll soon be shipping FxBlox, our flagship product, to our Indiegogo campaign backers and pre-orders. We are also busy polishing our pilot apps: Fx Fotos, Fx Files Browser and the BLOX Remote app. A disruptive technology like Blockchain-Attached Storage needs user testing and feedback. We’ve always involved our users, backers and community, and this time will be no different.For software such as the Fula protocol, network and tokens, we can test on Testnet and in pre-production sandboxes. For our hardware, we are preparing our first batch of DevKits, due to ship early October 2022. The DevKit is a reference design delivered as a PCB and has full FxBlox functionality. We went all out to deliver a meaningful DevKit that allows you to experience a broad range of FxBlox’s capabilities, while customizing it to your own personal storage, compute and expansion needs.This blog focuses on DevKit’s hardware features. Followup blogs will dive deeper into our software and apps.

What’s in the DevKit?

The DevKit is our hardware prototype, an 8-layer printed circuit board (PCB). The PCB is a scaled down FxBlox with the full functionality of an actual FxBlox (due to ship later this year). The difference is expandability (ability to add towers). FxBlox Lite hardware has two components, a minibase and a Fula tower. In FxBlox XL, the base can be stacked with up to seven additional towers to expand storage, compute and other use cases down the line.

The DevKit is a scaled-down version of FxBlox XL. Although the form factor is scaled down, the functionality is not. Each DevKit comes with the full functionality of FxBlox and is ready to test hardware, software and the blockchain.

Let’s take a closer look at the DevKit… 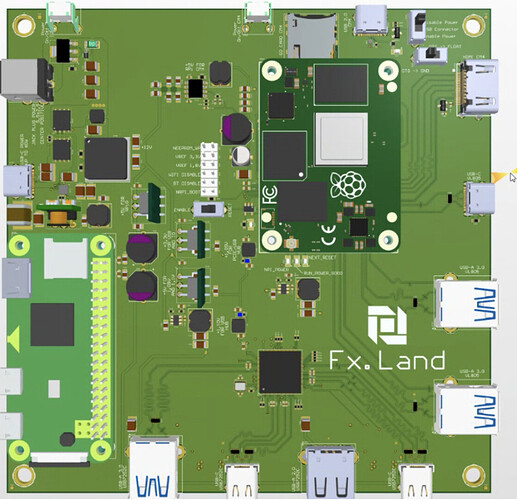 On the left (above) you’ll see a light green box. This is where a Raspberry Pi Zero block slots in. The DevKit does not include the Raspberry Pi Zero that will be included in the FxBlox Hub tower. The Raspberry Pi Zero 2 Wireless is the smallest form factor compute node that provides wireless connectivity and a full-fledged Linux operating system. This foundation allows remote access through P2P protocols to configure the setup. 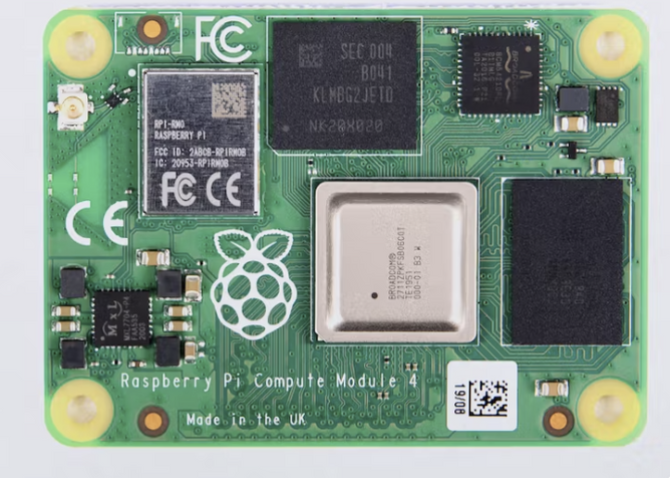 We chose the compute module 4 for the first version of the Fula tower in order to make it a standalone device that can get users started, be deployed easily anywhere in the house, and be used independently. The compute power is enough to run apps, store data across the Fula Network and communicate wirelessly. If users expand a tower with the base module and other towers, the device becomes even more powerful and offers more capabilities.

Power (Bring your own; power as you need it)

The PCB can be powered by DC or USB-C. If using a DC power adapter, the PCB can take up to 200W. For the PCB in the DevKit, it is essential to provide flexibility to be able to test a wide range of configurations. During the testing phase, we should be able to test various external peripherals and external storage added to the DevKit. For this reason, we do not ship a power supply with the DevKit: you can leverage any existing 3A+ USB-C power brick . External storage devices might require their own separate power supply.

Looking at the DevKit, you’ll see a bunch of USB ports. During production these will be moved to the base module, which acts as a hub connecting external storage and peripherals.

At the bottom (above), you will see

These ports are controlled by Pi Zero, which manages connections between USB ports and the CM4 module.

Similarly, the Fula tower in XL and Lite variants will include three Framework USB-C expansion card slots. The Hub tower in the XL variant acts as a docking station for the Fula tower, expanding the single USB-C port at the bottom of the tower with up to 11 more (7 towers, 3 expansion cards, 1 dedicated USB-C port) peripherals!

There are two HDMI ports, one on the baseboard, plus a mini HDMI on the Fula tower that can be used to connect displays for debugging.

How can I help with the DevKit?

If you are a backer who ordered the DevKit, or if you received one as part of a Functionland promotion, we’d love to have your feedback and opinions as you test the hardware. 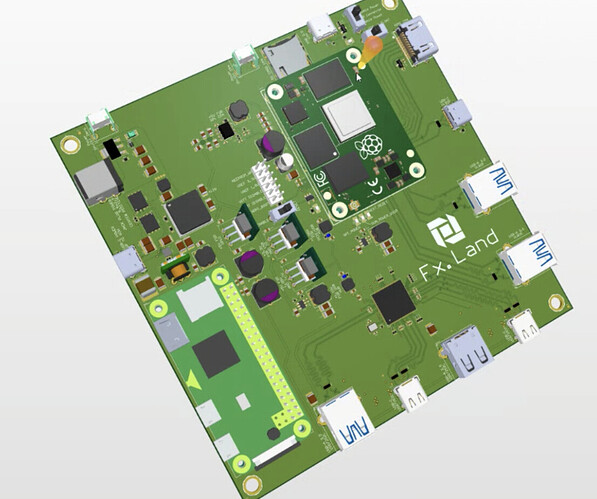 With this DevKit, you can:

In keeping with the spirit that inspired the creation of Functionland, we’re open-sourcing our hardware designs. This allows the community to innovate and build in public. We look forward to testing the first batch and getting them in your hands as soon as we can! Together we will blaze the trail for Blockchain-Attached Storage. Don’t forget: your DevKit feedback will be critical if we are to achieve our late 2022 FxBlox launch & shipping!

resources
company
Want to get involved and help build the future of the internet?
hi@fx ­.land
white paper
Learn more about how we're putting an end to rental web.
White Paper