Originally published at: Functionland is officially announced as a Filecoin Base Camp cohort 1 Company by Outlier Ventures - FXland WWW

Filecoin Base Camp cohort 1 was handpicked from over 200+ applicants and from countries including Canada, France, China, South Korea, Germany, the UK and across the stack from applications to middleware. We are in the company of a fantastic cohort of companies — checkout the rest of the official announcement here -> https://outlierventures.io/meet-our-filecoin-base-camp-accelerator-cohort-1/This is how Outlier Ventures views Functionland:

All of our data is now stored on centralised servers, Google, Amazon, Dropbox, and it can be turned off, lost, hacked or censored.

Latest Updates on Our Web3 Stack

As you know our File Protocol is based on Libp2p and IPFS. We use libp2p to allow front-end developers to connect the application to the backend without needing to run a full IPFS node on the front-end device, and then the backend interpretes the received data and communicates with the IPFS node. We have completed the backend and are doing final tests between react-native and IPFS backend. You can watch the progress also on the github page.

Like Outlier Ventures states, we understand that Filecoin and IPFS are about more than storage. We are using IPLD and libp2p the same way as file protocol to store chunks of data in an organized manner. A large part of it is common with File protocol and completing the final tests of file protocol is a big step forward in this milestone.

We have finalized the design of our Box (see the latest renderings below). As you can see, each Box consists of 9 towers and users can totally customize the Box with the towers they need, be it storage towers or CPU towers or even GPU. It includes towers, base and grid. Grid is replace-able to allow users to easily upgrade their Box using the same towers and base that they own by just replacing the grid (in future when new standards are introduced for USB ports or with different providers).

We have also made it compatible with replace-able slots used by frame.work laptops to give users more freedom in customizing their Box. It also allows raspberry pi builders to develop towers for the Box and be part of Web3 and blockchain. 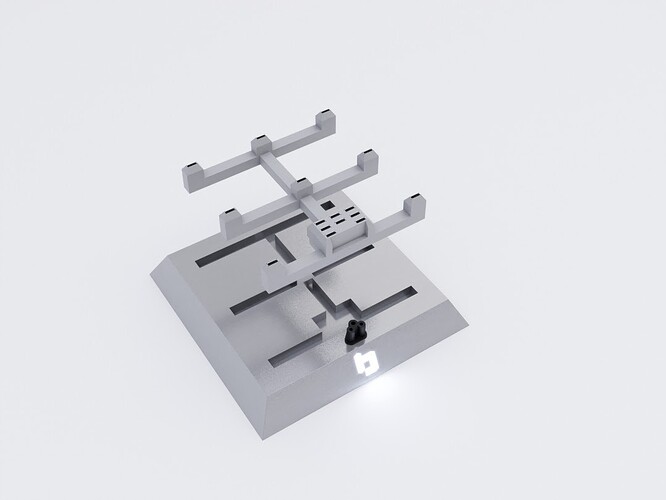 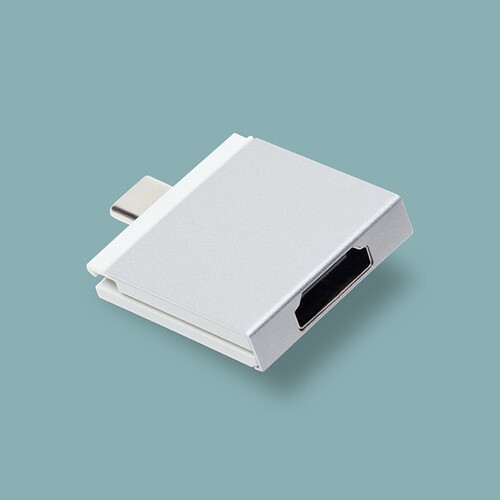 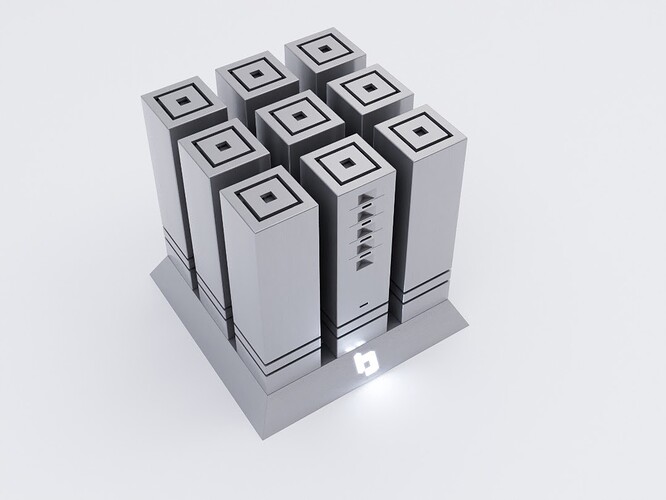 Finally, we have some exciting developments to share in regards to our hardware Kickstarter Campaign. Be sure to sign up for our newsletter if you would like more info on who we plan to use to manage the campaign, incentives, price-points and timelines!

Stay tuned for more public announcements around our Kickstarter Campaign, and be one of the first to get your hands on a ‘Box’

resources
company
Want to get involved and help build the future of the internet?
hi@fx ­.land
white paper
Learn more about how we're putting an end to rental web.
White Paper